Did you know that today marks 50 years since the Stonewall Inn Riots that catalyzed the LGBTQ+ Liberation Movement? To celebrate the 50th anniversary, the BrandVerity Seattle office honored the history of Pride and a few of its heroes.

The Pride tribute began with an educational presentation of where it all started. From the Lavender Scare of the 1950s and the Stonewall Inn Riots to the work done today by advocacy groups, it was important to honor and understand where Pride Month came from and how it has evolved over time. The presentation was paired with a rainbow-spread of fruit and was set up in our break room for the entire company to enjoy. 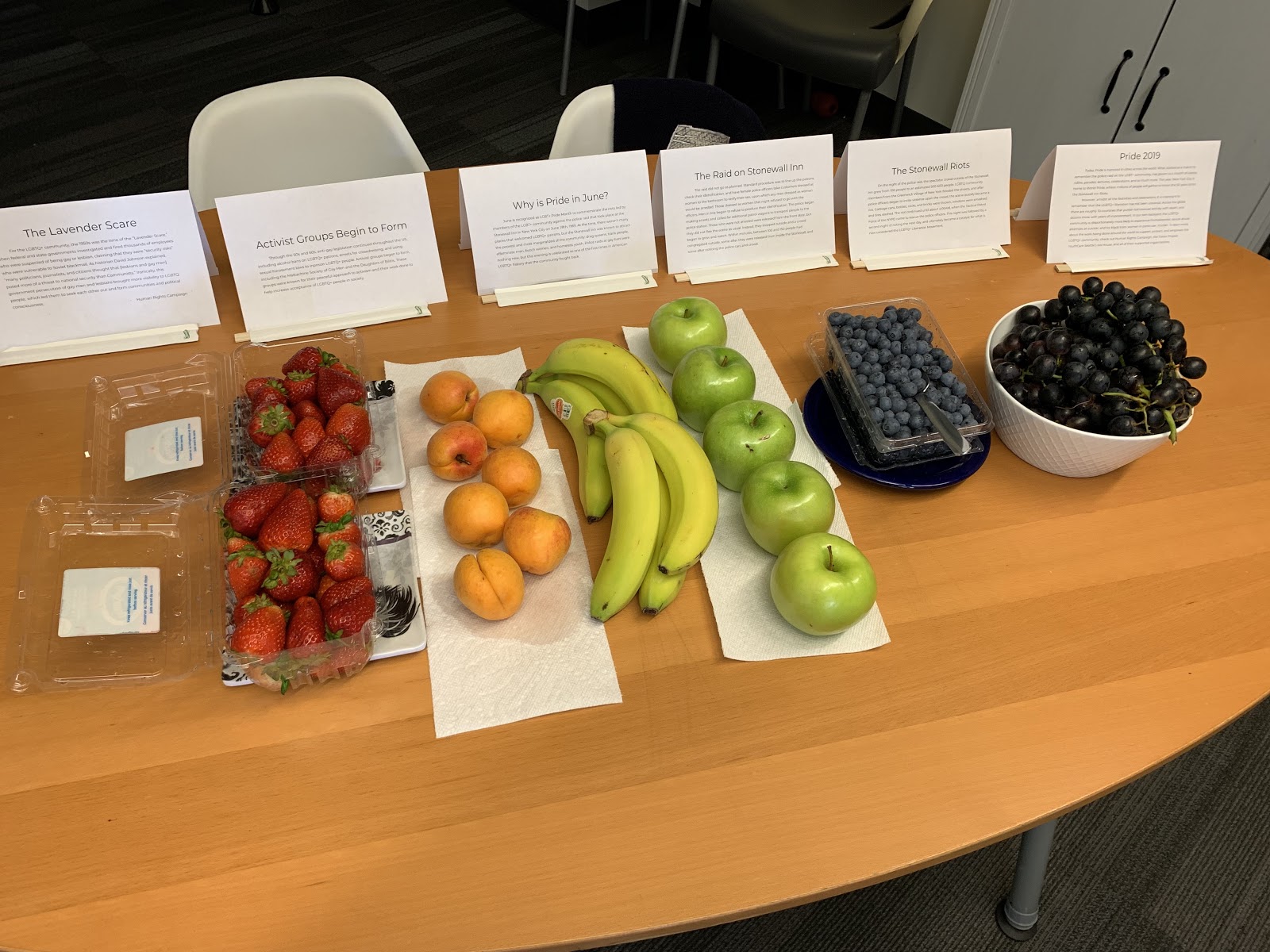 Information on the history of the LGBTQ+ movement with fruit in our break room.

Next, in addition to colorful decorations throughout our office, we turned our main entryway into a giant Pride display. We adorned two beams with decorations to emulate the gay pride and trans pride flags, and provided some educational information on the flags’ origins/meaning. For the entire month of June, the first thing you saw when you entered the BrandVerity Seattle office were those two powerful flags — a prominent reminder of the significance of this month.

As a final tribute to LGBTQ+ Liberation and the celebration of Pride, BrandVerity renamed all of our conference rooms to honor heroes and trailblazers of the movement. Among the honorees were:

To wrap up our festivities, BrandVerity will continue our tradition of gathering and watching the Seattle Pride Parade together on Sunday, June 30th.

Want to join our inclusive team? Visit our careers page!